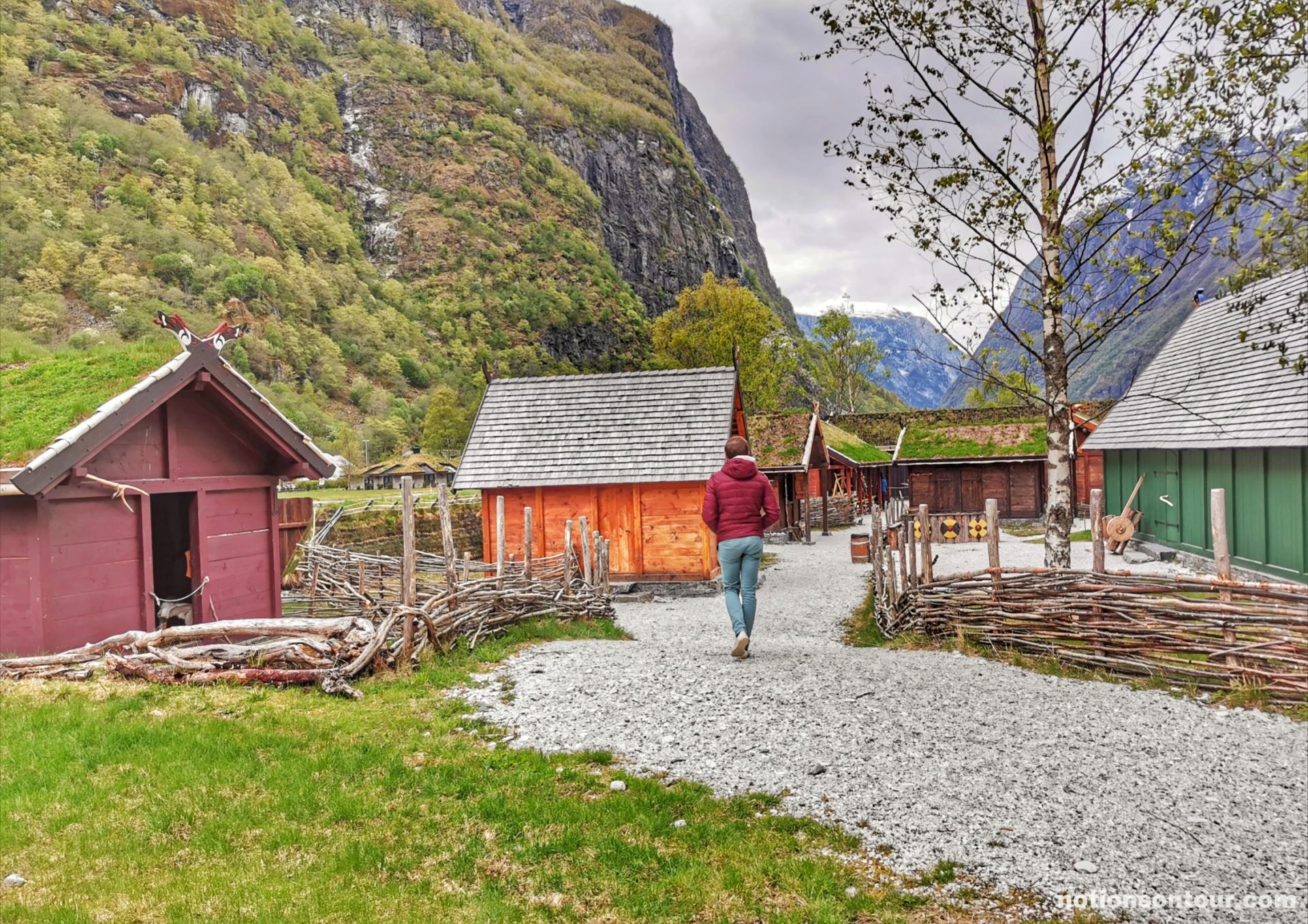 Time Travel to a Viking Town!

The best place to learn about how the Vikings lived

Ever fancied doing a Marty McFly and Doc Brown? Can’t get your hands on a time-travelling DeLorean? Don’t worry, I have it sorted for you! Well, once you want to visit a Norwegian Viking village. The place I’m talking about is Njardarheimr Viking Village in Gundvangen, overlooking the Naeroyfjord, a UNESCO listed site deep in the southern Norwegian fjords.

When I visited Gundvangen, I only intended to have a look at the fjord and drive on a little further to see the nearby Stalheimfossen. When looking for a nice aspect for a photo, I saw the sign for Njardarheimr Viking Village and decided to have a look. Come take a tour back in time!

No, they’re not a bunch of people dressed as Policemen, Native Americans and everything in between. The people who work in Njardarheimr dress in clothing typically worn by the Vikings. Like virtually all Norwegians I encountered over my week or so in Norway, they had fantastic English! Some of them had even worked in the Irish National Heritage Park which is less than a 30 minute drive from where I live!

They not only worked there, but they lived on site too in the summer months! They literally live and breathe Vikings! During the hours when the village was open to the pubic they did a combination village tours (in multiple languages!) and specific jobs. All aspects of Viking life were represented. There were all sorts of roles, from basket weavers to carpenters, from warriors to cooks, from weavers to farmers and everything in between. The most fascinating of these was the blacksmith. He works all year and some of his work is available to purchase in the shop.

Is it Only Accessible by Tour?

Nope! The tour is simply one of the things you can do while there. The ticket price of NOK 195 (approx. € 20/£ 18/$ 23) for adults and NOK 98 (approx. € 10/£ 9/$ 11) for children gets you in the gate. The entry price includes everything you experience once you walk in the gate! You can wonder around the whole village and chat to everyone working there. Everyone is delighted to talk about what they are doing and making. In keeping with everywhere I visited in Norway, everyone had exceptional English and they were happy to chat away about what they were doing. You can look around all of their buildings too, with the exception of the personal quarters of the people working there.

Some sections of the village have interactive activities too! You can help the weaver with their work, interact with farm animals and try your hand at archery. My favourite was the axe throwing. Probably because it felt very Viking-y and it was something I’d never done before!

The whole time I was there, I felt like everything was totally authentic. I knew in the back of my head that everything there was a reconstruction, it felt entirely authentic. Everyone was traditionally dressed and the buildings were traditionally designed and built. The most amazing thing was, that they were all using traditional techniques from the Viking Age, including in the forge (with one modern fire safety precaution)! It is TOTALLY worth the visit!