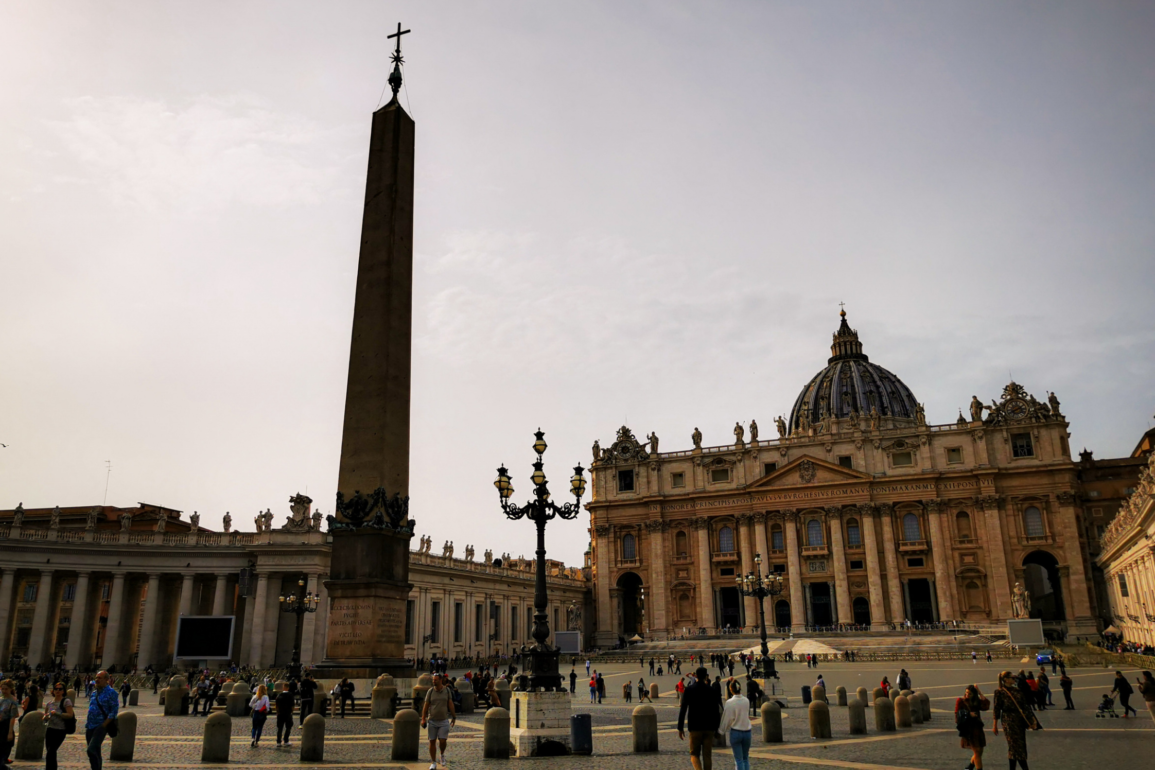 How to Visit the Tomb of St. Peter and the Vatican Necropolis

The Tomb of St. Peter and the Vatican Necropolis are the most elusive of the tourist sites in the World. Here's how to get exclusive access!

The Tomb of St. Peter and the Vatican Necropolis are the most elusive of the tourist sites in the World’s smallest country, Vatican City. Here’s exactly how you can get exclusive access to this exceptional historical site!

St. Peter and the Vatican Necropolis

St. Peter, in Christian teaching, was one of Jesus Christ’s twelve apostles. In the days leading up to Jesus’ crucifixion, Peter is said to have denied knowing Christ three times. After Jesus was crucified, he, along with the other apostles and followers of Jesus, dispersed across the then known world to spread Christian teaching. Peter eventually wound up in the most powerful city of the age, Rome.

In Rome at the time, Christianity was outlawed and it was punishable by death, usually in the form of crucifixion. The luckier (or possibly the unluckier ones) were sent into the arenas, such as the famous Colosseum, to fight to the death for the entertainment of the Roman Empire’s citizens. Peter was no exception. He was crucified around the year AD 70. However. He chose to be crucified differently. He wanted to be crucified upside down. This was because he maintained he was not Jesus, only his representative, therefore, he was not to be put to death in the same way. The Romans obliged, but only because it was even worse than a “normal” crucifixion.

Peter was killed in the Vatican area of Rome, which, at that time, was the city of the dead. This was where all the Romans, rich and poor, were buried. It was also a hill. Peter was crucified at the top, beside an obelisk the Romans had taken from the Ancient Egyptians. This hill was later levelled by the Emperor Constantine, who legalised Christianity, and a Christian Basilica was built over the Roman tombs.

This Basilica was later replaced by the magnificent building that you see today. The obelisk was moved to where it stands today at the centre of St. Peter’s Square.

The Discovery of the Vatican Necropolis and the Tomb of St. Peter

The Necropolis was discovered in the 1930s and Pope Pius XI (and later Pope Pius XII) ordered the excavation of the site, by hand and only at night. This was done to prevent Mussolini’s troops from discovering what they were doing. This actually allowed for exceptional preservation of the site!

Anyway… That’s enough history. On to what you really came here to find out. How to get down there!

How to Get Tickets!

There is only one way to get a ticket to visit the Tomb of St. Peter and the Vatican Necropolis. You need to contact the Ufficio Scavi (Excavations Office) of Vatican City. This can be done in person, by email to scavi@fsp.va or by visiting their website. Click here for a direct link to their booking form!

If you email your request in, you’ll need to include the following details:

Sadly, it often comes down to the luck of the draw when getting tickets to the Necropolis and the Tomb of St. Peter. So my advice is to apply as soon as you can to maximise your chances of getting to see one of the major sites of world history and of Christianity.

The first thing you need to know about visiting the Vatican Necropolis and the Tomb of St. Peter is that you unfortunately might not get to go. To preserve this exceptional historical site, numbers visiting it are tightly controlled. To maximise your chances, apply as early as you can and give the broadest range of dates possible. I’d almost say, plan the rest of your trip to Rome to fit this in!

Tickets are not free, but they are VERY affordable. Tickets are € 13.00 each. For a small group accompanied by a specialised guide, this is amazing value! You need to pay this in advance in order to secure your place on the tour. There are currently no discounted tickets available.

Should I Bring a Medical Kit When Travelling?

It’s a small humid space. To preserve the area, the humidity and temperature are kept constant. This makes for a very close environment, especially if masks are still required when you visit. For this reason it may not be suitable for you if you’re claustrophobic.

The ground is uneven and there are stairs involved. This unfortunately means that if you require a wheelchair or need regular assistance walking, you are unlikely to be able to visit. This is very much dependant on your individual requirements or medical needs.

How Long is the Tour?

Your visit will typically last 60 to 90 minutes. You are also required to present yourself at the Scavi Office 30 minutes before your tour starts.

Where is the Scavi Office?

To get to the Scavi Office, go to the left of the Bernini Colonnade that surrounds St. Peter’s Square. Stay on the outside of it until you see the gate into the Vatican. You’ll need to go through airport style security in advance of your entry to Vatican City. It is a different country after all. You can then present yourself and your ID to the Swiss Guard who will show you where to go from there.

No. Photos or videos are allowed in the tour. Yes, even without the flash.

Is the Tour Really Focused on the Religious Stuff?

The tour is guided in such a way where you can take what you wish from it. This means that if you are visiting to absorb the significant history of the Vatican Necropolis and Tomb of St. Peter, you can. It’s also done in such a way where if you are treating this tour as a pilgrimage, you can do that too! A moment for private prayer is offered when you are at the Tomb of St. Peter. It’s up to you if you want to avail of this opportunity or not.

This tour is something I’ve personally wanted to do for as long as I’ve known it to be possible. It most certainly did not disappoint. If you have a mild interest at all, apply. You might just find it’s the most fascinating part of your Roman Holiday!