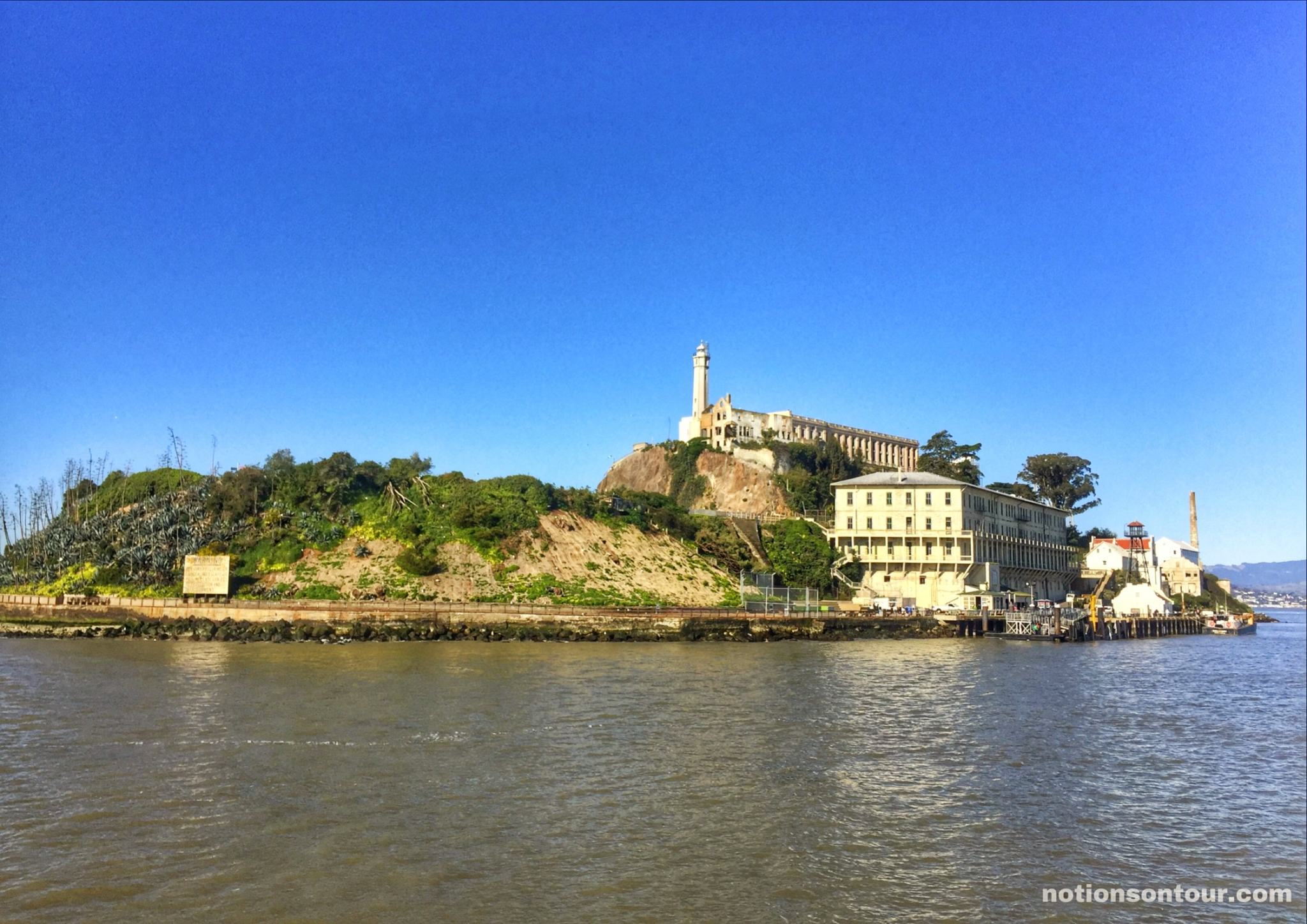 Explore the world's most famous prison

I absolutely loved Alcatraz! It’s an absolute MUST for anyone visiting San Francisco, or as the locals call it, Frisco. I got my fascination about this little island from my late father. He absolutely loved the Clint Eastwood film “Escape from Alcatraz”. This island is such an icon. Undoubtedly the most famous (former) prison in the world! Come on, lets tour it together!

A Brief History of Alcatraz

Alcatraz is best known as a maximum security federal prison. But it has been so much more than that! There was a lighthouse established here in the mid 1800s along with both a military fortification and a military prison. 1934 saw the island become the famous federal prison. It ran as a prison until 1963. It was later occupied by a group of Native Americans for approx. 19 months starting in November 1969. It was designated a National Historic Landmark in 1986 and is run today by the National Park Service as part of the Golden Gate National Recreation Area.

When it acted as the federal prison it housed some of history’s most famous criminals including Robert Franklin Stroud (better known as The Birdman of Alcatraz), George “Machine Gun” Kelly and the notorious mafia boss, Al Capone. There were several escape attempts. The most famous of these was the basis for the film “Escape from Alcatraz”. It took place on 11th June 1962. The men involved were Frank Morris, John Anglin and Clarence Anglin. To this day, nobody knows if the three men survived their escape attempt. Their bodies were never found, nor were they ever recaptured. It’s likely that only the men themselves know the truth.

“What about getting there?”, I hear you ask. Well the lucky thing is that you don’t need to swim! When you book a tour, your ticket includes a ferry ride across the approx. 1.25 miles of San Francisco Bay from Fisherman’s Wharf. The boats leave from Pier 33. The journey across takes little more than 10 minutes. It’s actually quite nice, it gives you a beautiful view of Downtown San Francisco as you pull away from Pier 33 and also of Alcatraz as you approach.

You can book the official tickets, approved by the National Park Service, to visit Alcatraz, from Alcatraz Cruises. It may be possible to get them at Pier 33, but they often sell out so I’d advise booking ahead. Your booking will have a specific departure time, but you can take the boat back at your leisure. Your ticket will also include an audio guide of the Prison Building. The cost of all this can vary depending on time. I would recommend the earlier tours less crowded on Alcatraz. It costs US $40 (approx. € 35/£ 30).

Many of the buildings on Alcatraz are accessible to the public and the National Park Service is in the process of renovating more, including the Model Industries Building. There are several significant ones that are in great condition that survive to this day. A prime example of these is the watch tower near the pier where the ferry lands.

The other significant tower on the island is the water tower that was famously graffitied by the Native Americans when they occupied the island. This has been preserved and restored to reflect the text written on the tower at time. I think this is a wonderful recognition of the Native American sentiment for the island as a sacred place and of this part of Alcatraz’s history. The text included: “Peace and Freedom Welcome to the home of the Free Indian Land” and “free Indian land — Indians welcome”. The water tower was originally constructed to store water needed for the day to day running of the island. Water had to be brought from the mainland because Alcatraz didn’t have a source of its own.

I think the saddest looking of all the buildings is the former Warden’s House. From the size of the ruins of it and from the photos on display, you could tell it was a beautiful home with amazing views of the Bay Area. It was destroyed by fire during the Native American occupation.

The highlight of all of the buildings has to be the main Prison Building. You are provided with an audio guide. It brings you through the three Cell Blocks, the Dining Hall and the Administration Block. Many of the cells are displayed to reflect the way former inmates kept them and a few solitary confinement cells also on display.

The cells from which Frank Morris, John Anglin and Clarence Anglin famously escaped from in 1962 are also on display. They include replicas of the artificial heads they made to hide in their beds so that the guards would think they were still in their beds in the darkness. You can also clearly see the holes they made in the walls and the artificial vents they constructed to give the illusion that they were still intact.

The Joys of Johnstown Castle – My Happy Place

As you would expect, Alcatraz is packed full of history, as I’ve already eluded to. It also has, unsurprisingly, got spectacular views of the Bay Area, as demonstrated by this artsy selfie!

Despite spending years on end on the island. The inmates rarely got to see this view. The closest they ever got was to sit on the top of the steps in the Recreation Yard. If a prisoner was sitting here, in general, they were at the top of the prisoner hierarchy. Unfortunately that section of the outer part of the Prison Building was being restored when I visited so it wasn’t possible to ascend these steps.

The prisoners could also hear the sounds of the city at night when the island went quiet. This was akin to an extra punishment for the inmates as they could hear sounds of a life they were missing out on because of their crimes.

There was also an equally impressive view of the Golden Gate Bridge from the island. This is again unsurprising, given the island’s location. What I wasn’t expecting was the beautiful gardens on the side of the island away from the pier. These gardens were originally planted by the families of the military service personnel long before the federal prison was established. They are slowly being preserved and restored to their former glory. The island also has areas that are being protected and enhanced to nurture the various animals that call Alcatraz home. These include the Western Cliffs and the Powerhouse Area.

As you have probably worked out by now, I loved Alcatraz! It is totally worth the visit! The price may seem a little steep initially, but it would be money well spent. It’s obvious why this place is one of San Francisco’s top attractions. Allow at least 3 hours for a visit. Maybe even 4 if you want to soak up the views and atmosphere of this fascinating place!