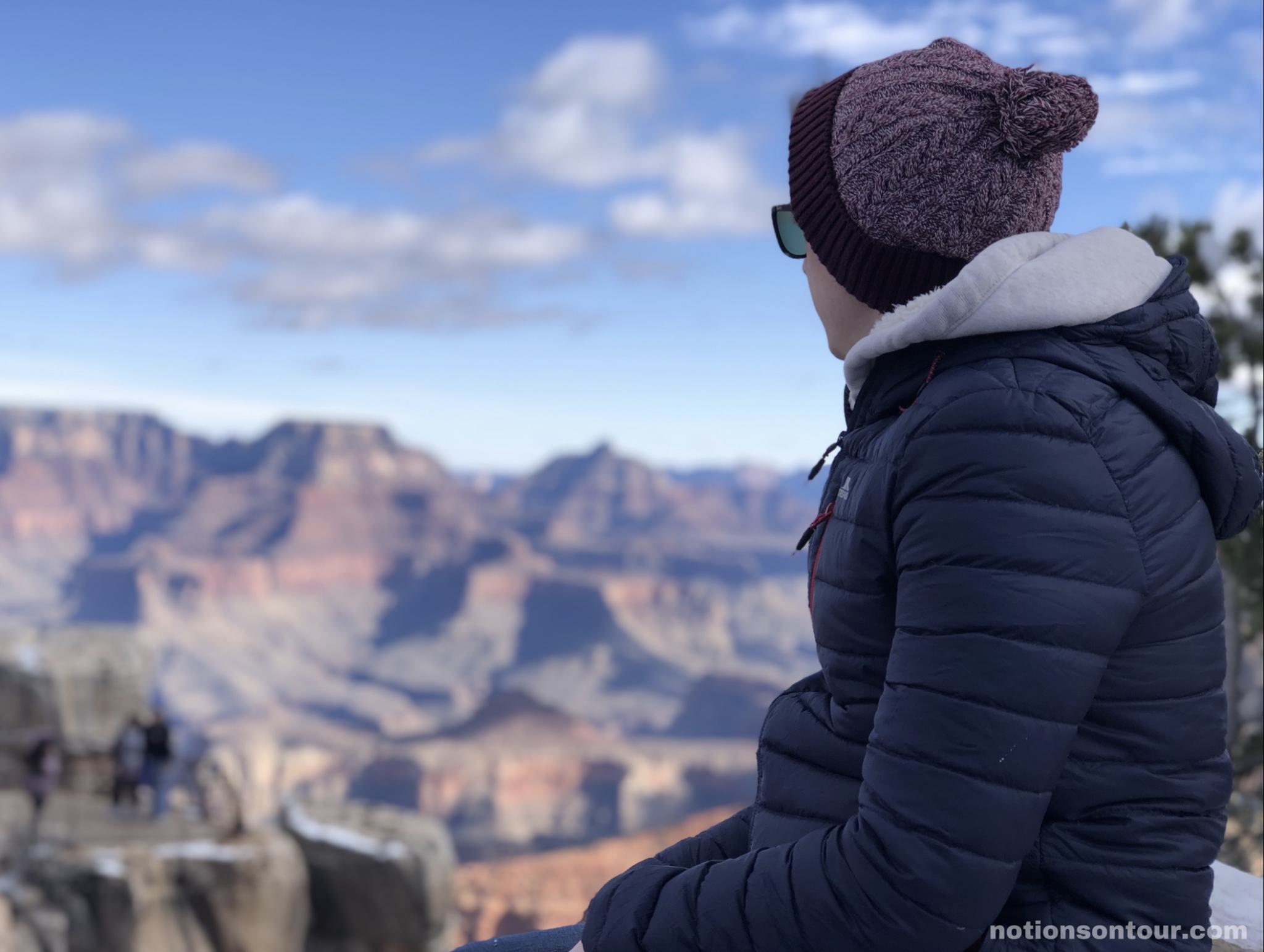 Arizona, One of America’s Hidden Gems!

History, culture, scenery, Arizona has it all! See why you should go there

Let’s face it, Arizona is probably not your first choice of destination when you think of the USA. It’s probably not even somewhere you may have considered. But guess what, it should be! Arizona is full of loads of fun things to see and do! Come on, let me take you on Tour!

Arizona is America’s 48th State. It joined the union in 1912. It’s in the South-West of the United States and forms part of the countries’ boarder with Mexico. It can get very very hot here in summer with temperatures in the high 40s (Celcius) not being unusual. For this reason, it may be best to visit in the shoulder months. Saying that, one drive in Arizona can show you all four seasons! More about that later. Let’s start in Phoenix.

Phoenix, the Centre of Arizona. Literally!

Phoenix is the capital of the state of Arizona, it’s pretty much in the centre of the state. You could literally drive for about three or four hours in any direction and you would STILL be in Arizona! When I visited, Phoenix was my base. I’m fortunate enough to have two wonderful friends living here. One of them, Ciara, is in a place called Mesa (where I stayed with her and her wonderful family) and the other, Lauren, in Chandler (no, not the guy from Friends!). Phoenix is home to what I’m told is America’s friendliest airport! In itself, the city is quite similar to most American cities. It has a fairly compact centre with high rise buildings and beautiful restaurants. My favourite place in the city has to be the State Capitol. The newer part of it may not be the prettiest, but the older section most definitely is!

Leading on from the State Capitol is the Wesley Bolin Memorial Plaza. This is a wonderfully serene place to spend some time. There are loads of spaces to sit and chat or just simply take it all in. It immediately reminded me of a smaller and more intimate version of the National Mall in Washington D.C. There’s a memorial to the fallen men and women who called Arizona home in all the major conflicts, such as World War II, the Korean War and Vietnam War. For me, the most poignant was the anchor from the USS Arizona that was sunk in Pearl Harbour, Hawaii in 1941 when the Japanese attacked it. The famous event that propelled America into WWII.

The Journey to the The Grand Canyon

This is Arizona’s pride and joy. Before I visited it, I was of the opinion that it was just a big hole in the ground. How wrong I was! First thing to note is that if you’re in Arizona, in general you’ll be visiting the South Rim of the Canyon. Why? Simply because it’s way more accessible. Visiting the North Rim would entail another few hours in a car!

The visit for me started at half past the crack of dawn! We had a long 3-3.5 hour drive from Phoenix to get there! I visited at the start of December. In Phoenix, I would have described the early morning temperature as “good jumper (sweater) weather”. It was like the temperatures that I’d be used to in Ireland as mid to late September.

The drive was literally like experiencing all four seasons in the space of a few hours! Phoenix was akin to autumn or even a mild summer in Ireland, as we travelled north, the altitude increased and we hit rain. The further we travelled, the more it increased and the rain turned to snow! I never knew that the edges of the grand canyon are approx. 2300m (7500 feet) above sea level! After the drive and countess road trip snacks, we arrive. The roads up there were clear but there was snow in other areas.

The Canyon itself. Well, it was truly awe inspiring! One of those feelings where photos can only capture part of the majesty of the place. It literally looks like it goes on forever! It’s only when you see the far side (in this case the North Rim), that you appreciate just how vast the place is! There are some amazing walks along the South Rim that give you loads of different aspects. I can’t say I walked too far that day because I naively thought that it would be much warmer and I had only brought a light coat!

There was an amazing visitors’ centre there that gave you everything from historical and geological information. In typical American fashion, there is a gift shop that had loads of stuff in it! I could’ve literally spent all day there! My friends and I had a quick play in the snow and we had to head on our way as we were going to Sedona and we had to get there before dark.

Sedona is a truly remarkable place. It’s a absolute haven. The houses and buildings in general are all designed to impact as little as possible on the magnificent landscape. Sedona is famous for the red rocks. These rock formations are the very same as those you might be familiar with from Western films and the recent tv series, “Westworld”. Although some of these formations are from Monument Valley in North-East Arizona.

There is a real hidden gem in Sedona. It has what can only be the best views in this area. It’s the Chapel of the Holy Cross. The chapel itself is totally different to any chapel or church you’d get in Ireland. The usual stained glass behind the alter is replaced by normal glass and the view along with the colourful rocks act as the backdrop!

The views from outside the chapel are the real reason this place is a must visit. The arrangement of the red rocks from this viewpoint is spectacular in itself. Plus, if you are there at the right time of day, the way the light hits the rocks is breathtaking. Look!

After it got dark all the Christmas lights started coming on. It was December after all. So naturally I went for a wonder and found one that was incredible instagrammable! Perfect to add to the feed for the Christmas season! Hahaha

This is another must for anyone visiting Arizona. Seeing how it’s the home of the real “Old West”, it’d be almost rude not to! I can’t say that I’m a fan of the Western films, however, this didn’t impact on my awe and wonder of a real Ghost Town. I can only imagine what it might feel like if you love the Westerns!

The Ghost Town I visited was Goldfield Ghost Town. Goldfield was originally established in 1893 and lasted a mere five years. the gold mine being prospected ran dry and when the post office was closed, it officially became a ghost town. After a new vein of gold was found it was reestablished as Youngsberg in 1921. It again became a ghost town in 1926 when that gold ran out too. It opened as a tourist attraction in 1988 and has grown gradually through the years.

Goldfield is an amazing place! The owners have done up the whole place! As well as refurbishing the buildings, they have loads of exhibits and attractions! The saloon is a working bar and restaurant, the church is up and running and there’s a few shops too! There’s even one run by a Native American man who makes and sells his own pottery! They also have a few mini-tours. There’s a reconstruction of a mine and the guide tells you in wonderful detail what life was like for the miners and what their work entailed.

My favourite was the train ride around the town. The train would’ve been used historically to transport the mined gold from the mines back to the town. Now, it circles the town and gives amazing views of the town, the Saguaro cacti and the Superstition Mountains in the background. Absolutely beautiful!

Another hidden beauty in Arizona is Saguaro Lake outside Phoenix. It’s a man made lake. It’s a reservoir on the Salt River. In the very hot summers, this is a haven for the locals who flock here to enjoy the cool water and enjoy watersports. As it was winter, it was much quieter. In the sunshine it was beautiful, but I really felt the chill in the shade. Luckily, the boat tour the length of the lake was still operating. The lake is boarded by a beautiful desert landscape. Not the sandy deserts you might typically think about, a much more interesting one!

If you’re after a lovely chilled few hours, I would highly recommend it! There are beautiful Saguaro Cacti everywhere around the lake. If you’re lucky, when you’re out on the lake you might see some wild horses. There are a few herds in the area. Beware of the local birds though, my friend Ciara literally had a bird snatch a chip from her hand! Possibly one of the most equally terrifying and hilarious things I’ve seen!

The only potential downside is that to visit all the amazing places that Arizona has to offer, you would need to have access to a car. I was lucky to have two amazing friends, Ciara and Lauren who both have cars. If you don’t have this luxury, it would be a great idea to rent a car, as public transport to the out of town attractions isn’t wonderful or doesn’t exist.

In short, Arizona is definitely a visit! So glad I went on tour there!