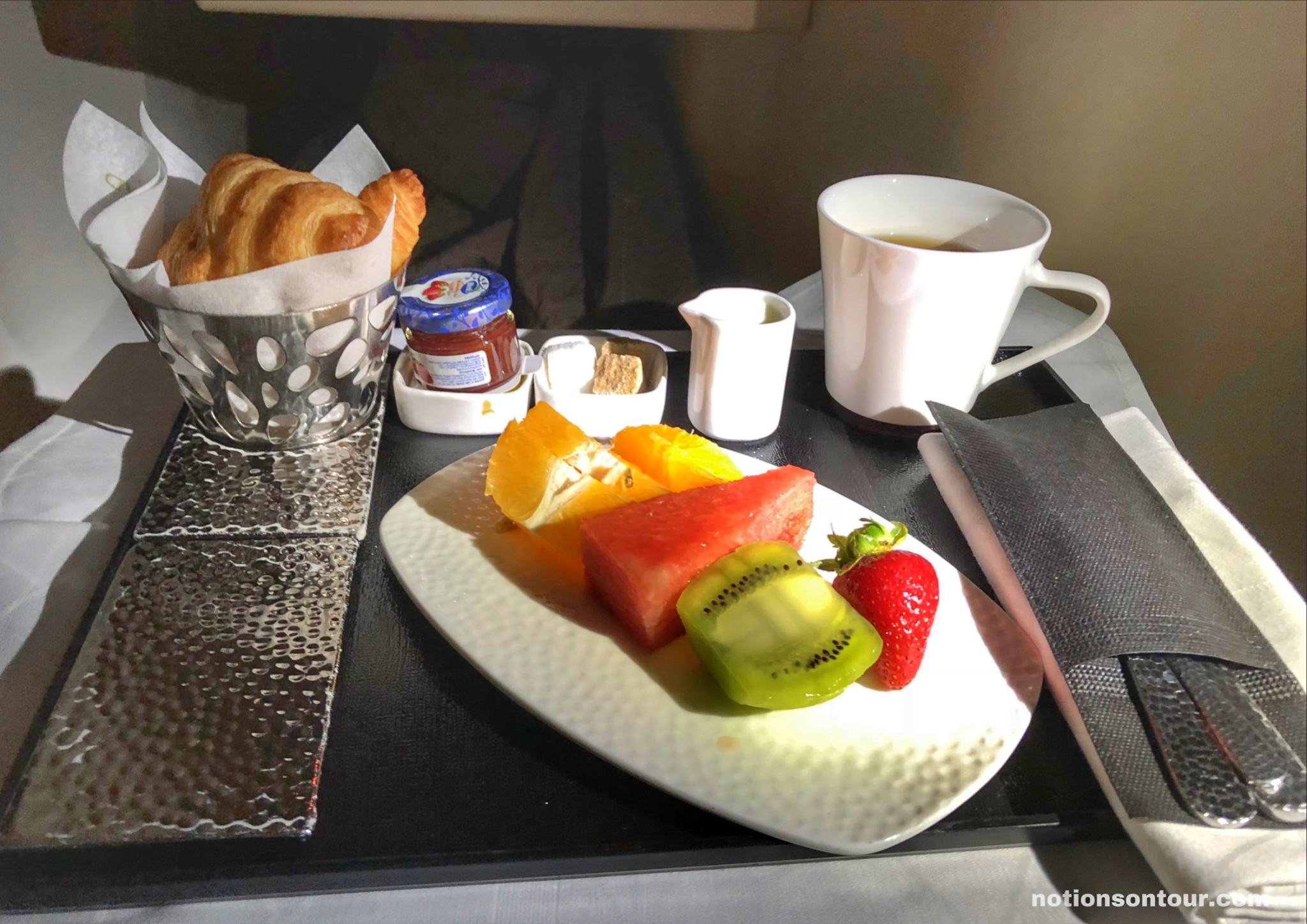 Read about why treating yourself to travelling in Business Class with Etihad is a great idea!

Recently I had the great privilege of flying business class for the first time ever! What’s more, it was with one of the world’s leading airlines, Etihad! I was returning from Melbourne, Australia stopping off in Abu Dhabi for a few days to visit a friend of mine.

Why did I choose to fly in Business Class?

So why did I decide to fly business class back? Well, I was doing a few weeks in Australia and New Zealand and on the way out, I was stuck in the window seat on the Abu Dhabi to Melbourne flight with two people, one of which unconsciously spread themselves out as they fell asleep (they were still both lovely and friendly!). What’s more, the seat in front put their seat back early on (something I refuse to do on principle). This combination made for a rather cramped 14 odd hours! Everything else about economy with Etihad was excellent!

Because of my good experience in economy, I had very high expectations of their business class service. I was most definitely NOT disappointed! It was nothing short of heavenly!

The whole experience started when I was checking in at the airport in Melbourne. I was greeted with a special queue with nobody in it when I arrived. The staff on duty prioritised me, which I must say was quite an oddly pleasing feeling! I then went through security and headed straight for the Etihad Lounge.

The lounge was AMAZING! Such a beautiful space! It was very chic and classy which suited my notions! The bar itself was wasted on me, as I don’t drink alcohol at all (I know, a sober Irish man! We are a rare breed!). However, it looked beautiful! The array of food on offer was plentiful! Dishes ranging from more traditional Arabic cuisine to dishes more suitable for a timid Irish palate, all the food available was being continuously refreshed. Needless to say, I ate more than my fill! I then settled down in a very comfortable chair with a cup of decaf tea (very hard to find when travelling) and a few Arabic dates. I topped them up loads! They were delicious!

When it was time to board, an attendant came over, addressed me by name and kindly invited me to make my way to the gate to board the flight. Bursting to find out what it was like, I headed straight down. Once again I got to by-pass the queue and board almost immediately.

What greeted me at my seat? Pure, unadulterated heaven! Utter luxury in a plane! I was in a window seat, which acted like a plush enclosed pod. I also had direct access to the aisle. All the seats did. There were two (yes two!) footrests and everything down to adjustable lumbar support and a massage feature in the seat!

The flight attendant came straight over to me and offered me a glass of fresh juice or champagne before we even hit the runway! Once in the air I was brought a hot towel to freshen my hands and face. Shortly after and bowl of warm mixed nuts were brought to snack on while I perused the menu!

I chose Pea and Mint Soup on the way to Abu Dhabi, which arrived, piping hot and delicious! On the flight to Dublin, I chose the Arabic Mezze. It was an interesting insight into the more traditional cuisine of the UAE and was quite tasty! For my main course on both flights I chose a fillet steak, which, on both occasions, was, melt in the mouth, tender and perfectly cooked! As you can see from the photos, there are a few differences in the menu from flight to flight. I really appreciated this because it meant that if you were on a connecting flight, you could eat your favourite food and still have a little variety! Finally for desert I had the Lemon Citrus Tart on the first flight and the Fresh Fruit on the second one. The menu on the Abu Dhabi to Dublin flight was largely similar with a few small differences.

How to Visit the Tomb of St. Peter and the Vatican Necropolis

Shortly after that, the lights were dimmed to allow passengers to sleep if they wished. The ceiling over the aisles then lit up in a star pattern, which gave the perfect amount of light to allow sleep and also use the aisles safely. A wonderful touch. I settled down for a sleep on my seat, which I was able to make completely flat! I found this didn’t suit me as the pitch of the aircraft in flight meant that, for me, I had slight reflux, which was a little uncomfortable. To counteract this I simply raised the top half of the seat a little. On both flights, I asked for a cup of tea and a biscuit and was presented with this wonderful sight!

The remainder of the flight passed in blissful comfort. I slept (for the first time ever on a flight) and binged on the great selection of movies they had available. On the Abu Dhabi to Dublin flight (which was a daytime flight), I did feel peckish at one point so I was able to order a Steak Sandwich from the on demand menu. Again, sublime food! Before we landed we were served a breakfast of our choice.

Another bonus, if possible, was that when I was leaving Abu Dhabi a few days later, business class passengers had their own entrance to the airport! The check-in, which was more like a hotel reception, was amply staffed and your bags were whisked away by the very attentive staff almost immediately and we then went through our own special security area with little or no waiting! I did feel the business class lounge was a little crowded in Abu Dhabi, but that can be put down to the sheer volume of passengers in a relatively small airport that is currently undergoing expansion.

Overall, I felt that the few blissful hours I spent in the care of Etihad and their phenomenal business class service were some of the more surreal and comfortable of my life so far! I honestly cannot recommend this enough! If you can manage to travel with Etihad Business Class, DO!